Move to the text

2022-06-21
All the 72nd Kyushu High School judo competition was held in Yamaga-shi, Kumamoto synthesis gymnasium on - 19 Sunday on Saturday, June 18, 2022 and carried out the final advance that I came to try for the first time by women's team round performed on the first day since wound region and was able to leave the result called the runner up.
Haruka Ueyama was the second place, 52 kg grade, and Princess Hana Oishi was able to become the third place with 48 kg grade by the personal war carried out on the second day. This time in no audiences because became held, by the live streaming of YouTube thank you for having support him.
Nine people participate in game with man and woman group and a personal war as an Oita Prefecture representative for an inter-school athletic meet held in Ehime for from August 6 to August 10. I would appreciate your support sequentially.
The following becomes the meeting result.
[women's team]
The first round Yanagigaura 2-1 Ogi
The second round Yanagigaura 1-0 Kumamoto west
Semifinals Yanagigaura 1-1 Akinari Nagasaki (I win by a representative)
The final Yanagigaura 0-3 Saga commerce ※ Runner up
[women's individual]
The 48 kg grade Haruka Ueyama second place
The Princess 52 kg grade Hana Oishi third place 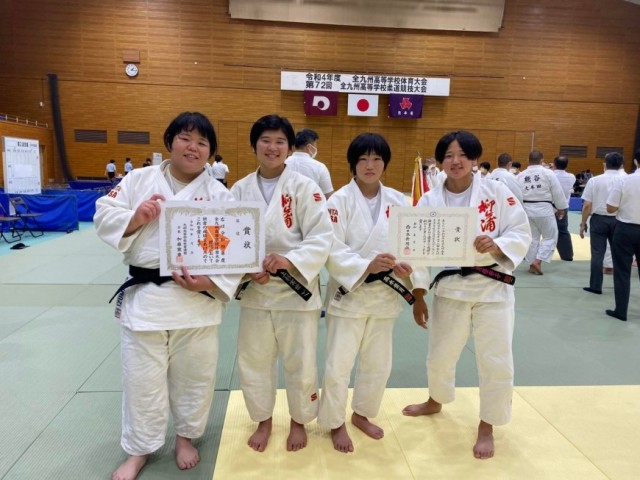 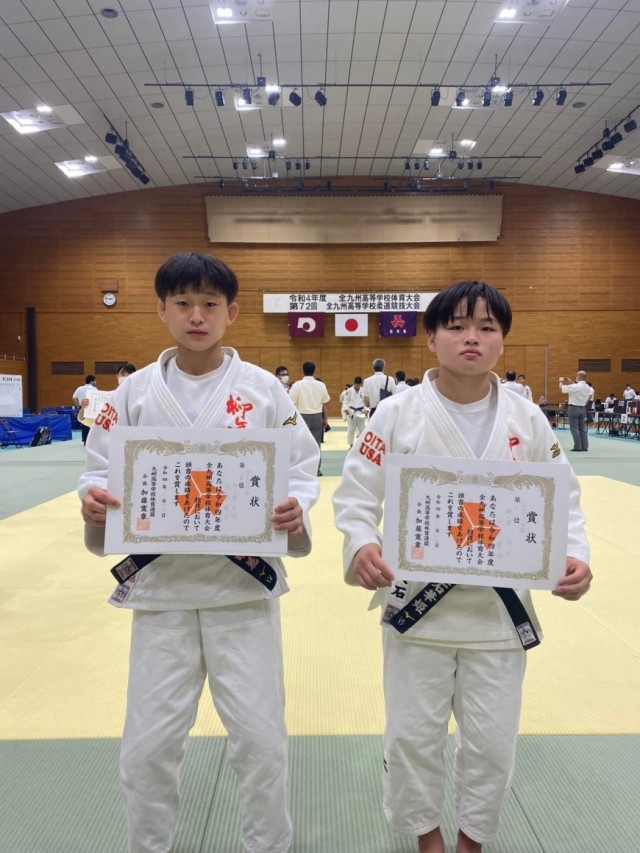